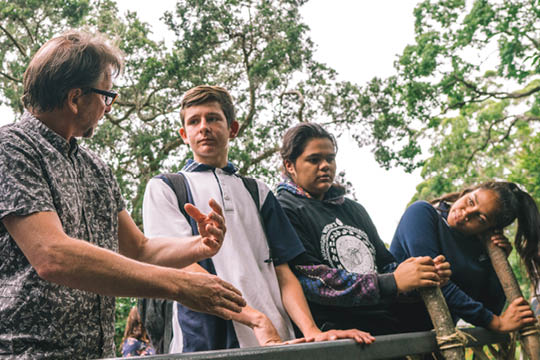 Allan Giddy will be undertaking a Residency at Ignite Studios @ NRCG to realise an Indigenous Language audio public artwork installation.

Sydney-based public artist Allan Giddy is a pioneer in the use of sustainable energy systems and light in ‘time-based sculpture’, and is the founding director of the Environmental Research Institute for Art (ERIA) at UNSW Art & Design. His work has been shown at the Tate Modern, in ISEA and TISEA (International Symposia on Electronic Art), and numerous other venues internationally, and is in the collection of the MCA, Sydney.

This immersive, participatory, site and culture-responsive audio installation utilises the natural flow of water to convey the voices of Indigenous children, speaking words that they have written in their local Indigenous language.

The children’s words, recorded and edited into a soundscape, will be ‘released’ into the water to flow to the oceans.

This work is essentially invisible to passersby, but the underwater rendition can be easily accessed via a stick held with one end in the water and the other against the ear - a poetically simple means of access.

This new work was developed and tested in January 2018 at Parihaka Pa, Taranaki, Aotearoa New Zealand, with children speaking te reo (Maori language). The trial was a technical success; and due to the work’s novel accessibility, very popular with participants and other community members.

The plan is to eventually expand the project to other countries, such as Canada, as well as returning it to NZ, where Allan first developed the concept. As the project progresses, the words that flow from its NSW-based iterations will, metaphorically, eventually meet and mix with each other and with words from other Indigenous cultures around Australia and overseas, in the interconnected oceans of our globe. This intermingling of Indigenous words will symbolise both the strength and support that Indigenous cultures draw from establishing relationships with each other globally and the interdependent nature of all humanity. 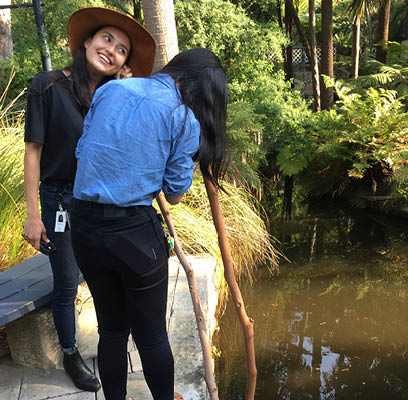