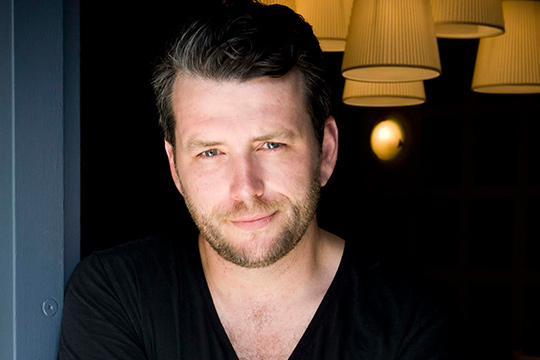 A free Gallery event as part of the All New Home exhibition.

Do you have a burning question to ask about making it big? If the answer is yes, then this special event is your chance to take part in a 'no-holds barred' Q&A session.

Join us in the Gallery for Q&A time with one of Australia's leading experts in emerging artists, Sebastian Goldspink from ALASKA Projects, Sydney. Ask your question via Facebook; Instagram or in person for an upfront, candid discussion on 'making it big' in the contemporary art scene.

Sebastian Goldspink is a Sydney-based independent curator specialising in emerging art. In 2011, he opened the artist run space ALASKA Projects as a platform to exhibit contemporary visual art in unused or disused spaces - since showcasing over 350 artists across 70 exhibitions. Goldspink is recognised as an alternate arts strategist working at the forefront of Australian curatorial practice, with professional appointments including the Biennale of Sydney, Vivid Festival, the Museum of Contemporary Art, the Museum of Old and New Art (MoNA) in Hobart, Art Month Sydney, Artspace and Dlux Media Arts. In 2013/14 he was appointed guest curator of the John Fries Memorial Prize, an annual non-acquisitive award recognising emerging and early career visual artists. A former lecturer at the University of New South Wales, Goldspink's expertise merges a critical and conceptual approach to arts-administrative method, with a consistent emphasis on accessibility and diversity.

ALASKA Projects is a Sydney based Artist Run Initiative established in 2011.

Situated across two disused spaces in a Kings Cross car park ALASKA Projects established an exhibition program that crosses visual arts, dance, performance, music and film. To date ALASKAâ€™s achievements are born out of our core objective to support artists to realise dynamic and innovative work. A commitment to diversity is at the centre of ALASKAâ€™s philosophy.

In Feb 2016 ALASKA realised its next major project following on from 'Carpark'. ALASKA Projects [William Street] a street front gallery space that continues on from the programming of the car park program. This temporary space is directly supported by the City of Sydney's Creative Spaces Program. This project also houses a series of artist studios and workshop space that directly support emerging art production.

The Car Park project has been conceived to operate beyond the white cube of the project space with exhibition elements devised to occur in other areas of the car park including stairwells, elevators and common areas.

ALASKA sees the isolated location of its inaugural project Car Park as positive, an inverted shop front, a cold and distant outpost that visitors need to search for, to discover.

Back to News
Go To Top